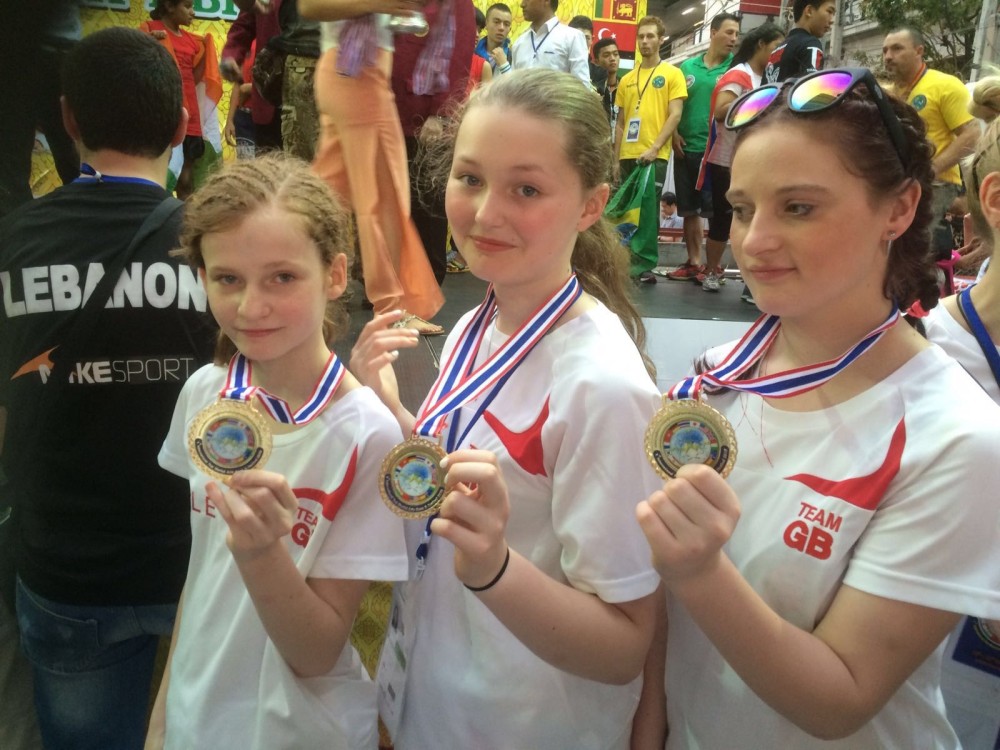 Its give me great pleasure to inform everyone about the perforamnce by our girls, they did us all proud.

Amelia started the ball rolling with a fantastic display of courage and determination against a very agresive Uzbekistan fighter, she was hit on the chin within the first few seconds of the fight, this was a FOUL so the referee had words with the other girl, this gave enough time to recover, then to take it further the judges gave it a draw, under the rules another round had to be fought, and all I can say is Amelia listened to me and Won it from start to finish, Siam & England first GOLD of the games.

Next was Tiree, who had a hard fight against a Thai on home ground, this was always going to be hard fight and right from the bell she went to work hard and fast, doing what she was told, and pushing her opponent all the way, the heat started to take its toll, but she was so determined, GOLD number 2 for Siam 7 England.

Then Leah, our youngest fighter, who had to fight on the big stage and not on the matts like the other two, but it didn’t put her off, I was sat at ring side and she could see me, I think she can read lips as she did everything a said, fantastic performance for such a young girl, GOLD number 3 for Siam & England.

Last but not least Irena from our Siam Huddersfield gym, this looked like a hard fight on paper with the other girl looking strong from the Philippines, the fight started very fast and action packed, with everything going from punching and elbows flying,  then came the clinch where we had practiced more I think, the lockup took shape and a great throw went it, leaving the other girl injured and the Referee stopping the fight by TKO.so came our 4th GOLD for Siam  & England. 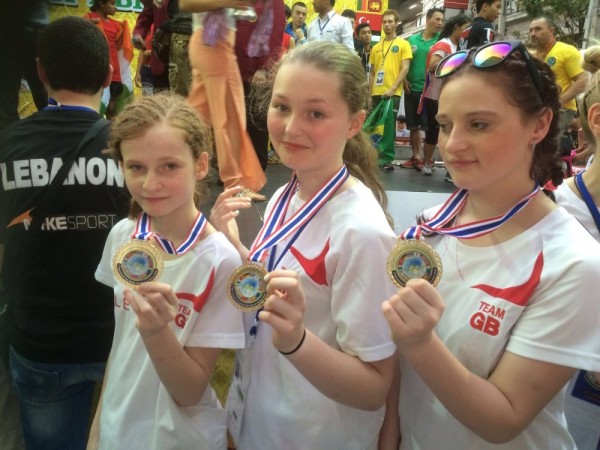 I would like to thank all the Team Coaches who took part, and also won medals, Vaz from London winning Bronze only losing a close semi final, Jimmy who won Bronze was hurt during his bout where the other fighter was disqualified for his actions, and Bill who won Sliver against a young talented Uzbeckistan fighter who was full of action.

Finally I would like to give Jayson a Big thank you for looking after our Team and big congratulation on his fights in the 1st Dab Thai Championships, winning his first fight convicening with a stoppage, the second fight he’s was robbed and everyone know that even the Thai Judges who said so after, but fantastic to be part of. 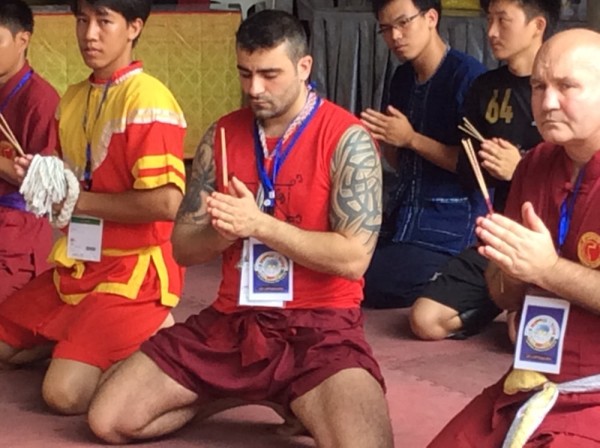 Photos will come soon, so many to chose from.